(Honolulu Star-Bulletin archive from 8/10/2008) There were lots of excited murmurs and cell phone calls at Olomana Golf Links yesterday.

“Mom go back home and bring the digital camera,” one golfing student said as his mother was picking him up from class.

On his first full day of his Hawaii vacation, presumptive Democratic presidential nominee Barack Obama was attracting a lot of attention whether he was jogging on the beach, playing a round of golf, visiting his grandmother in Punahou, or dining at the upscale Alan Wong’s restaurant.

After an early-morning jog at Kailua Beach yesterday, Obama left about 11:45 a.m. for a round of golf at Olomana Golf Links in nearby Waimanalo. With security in tow, Obama climbed aboard a golf cart and began his round just before 12:30 p.m.

He played 18 holes with a small group, including longtime friends Marty Nesbitt and Eric Whitaker.

Gella was at the course waiting for his daughter to finish her golfing class when he caught wind that Obama was playing there.

“I called my wife,” Gella said. “She said she wish she took our daughter here. She’s jealous that I came today.”

Obama, dressed in a white polo shirt, white baseball cap and khaki slacks, was still early in the game when the girls in the golfing class gathered to watch him.

After a putt, he walked over to chat with the girls, two of whom were Tisha Hamasaki’s daughters, Melanie and Kristyn.

Curious as to what the commotion was, Hamasaki went to see who her daughters were staring at. She wasn’t expecting the Hawaii-born presidential candidate.

“He just came up to us and he was very nice,” she said. “He just said ‘hello’ and that the future golfers of America shouldn’t watch him because he’s not the best golfer. He was very gracious.”

Hamasaki urged her girls to talk with Obama but they were too shy. “Both were very excited,” she said. “How often do you get to meet someone like that?”

On his ninth hole, a crowd gathered around him to watch him sink another putt. “How’s everyone doing?” he asked the crowd as he walked back to his golf cart.

Some in the crowd cheered “Welcome” and “We love you.”

When asked how his game was going so far, Obama said, “First four holes, not so good. Next five were good. Just warming up.”

Next to the ninth hole, a long-drive competition was just about to start. The contestants asked Obama to hit the first ball. Obama laughed it off and declined.

He asked, “Who’s the reigning champ?” and compared top distances with some of the competitors.

The senator went around to shake hands, smiling, flashing a shaka every once in a while and greeting golfers with the occasional “Howzit” while they snapped photos with digital cameras and cell phones.

Obama then made his way to the course’s snack bar to order food and drinks for him and his party. A man who was about to make an order offered to let Obama go first, but the Illinois senator put his hand on his shoulder and stayed in line behind the man.

When it was his turn, Obama ordered two cans of Hawaiian Sun Passion Orange, a Powerade, three jumbo hot dogs and a turkey sandwich.

Jolyn Yoneshige, who’s worked at the golf course for more than two years, was still smiling after Obama left with his order of food.

“I was really excited,” she said. “I didn’t know what to say to an upcoming president of the United States.”

To top it off, Obama was generous at the tip jar.

Obama also played a round of golf at Olomana during his last trip to Hawaii in December 2006. Obama was born in Hawaii and graduated from Punahou School in 1979.

Obama left the course around 5:30 p.m. After a quick stop at home, his motorcade left for Honolulu about 6:15 p.m.

The party arrived about 6:50 p.m. at the Punahou-area residence of his grandmother, 85-year-old Madelyn Dunham.

Obama, wife Michelle and daughters Malia, 10, and Sasha, 7, paid a brief visit before heading to Alan Wong’s restaurant nearby at 7:15 p.m. Obama carried a gift basket, and Malia Obama carried a few books, up to the apartment. 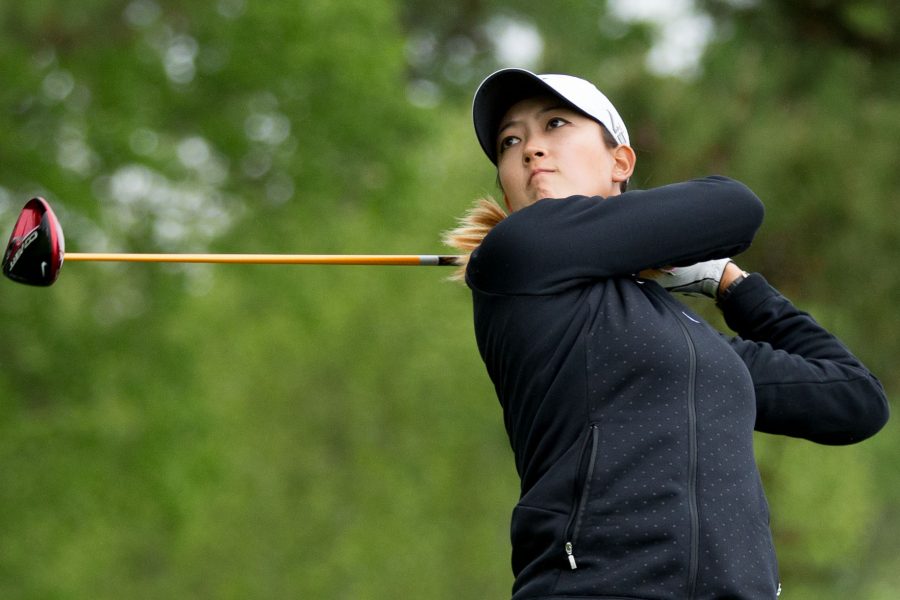